Since the very first Pride in New York in 1969, every June and July has seen a score of Pride celebrations taking place across the world, in support of LGBTQ+ rights.

Numerous brands from a range of sectors are taking part in Pride this year, from customising their products to producing campaigns and activations. This edition is particularly special, as it marks the 50th anniversary of the Stonewall riots. Here’s how you should (and shouldn’t) get involved with Pride.

Clothing brands such as Gap, Calvin Klein and DKNY have their own Pride collections, while shoe brands like Nike, Reebok, Dr. Martens and Converse now have shoe models in various rainbow shades and colours of the Pride community. Other consumer and non-clothing companies are joining in too; MAC Cosmetics released a rainbow lipstick and Pepsi produced a special edition “All for Love Pride” pack of cans.

In addition to products, brands are utilising relevant famous faces to front their campaigns, including H&M who picked activist and model Charlie Baker and musician Girli for their “Love for All” Campaign. Some brands are going a step further and donating some of the proceeds to charities aiding the campaign for equality.

However, it’s vital to remember that if a brand is going to share this positive messaging, they need to do so with authenticity. Modern consumers are hyper-aware of when a company seems disingenuous or appears to be appropriating and trivialising the social and political movement for their commercial gain. 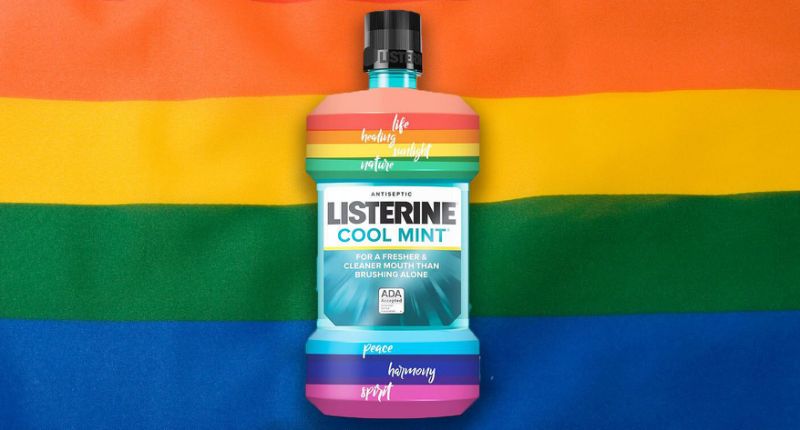 Listerine, for example, received backlash over their rainbow-coloured mouthwash bottle, which was branded with meaningless words like “sunlight” and “healing”, whilst also failing to draw any obvious connections to the gay community. Other brands have been criticised for lazy marketing - splashing rainbow colours onto their logo without putting more thought or effort into the campaign.

So, remember, if you want to be an advocate for Pride and members of the LGBTQ+, think carefully about how your brand aligns with the celebration and how best to support it in a meaningful way.

Pride will culminate in London with the official parade on the 6th July and will see over 300 groups and floats travel from Portland Place to Trafalgar Square, where there’ll be more parties, music and theatre performances. This year’s headline act taking the stage will be Billy Porter, the Tony-winning star of ‘Pose’. Other big parades are taking place in Manchester, Brighton, Cardiff and Leeds.

Smirnoff have partnered with the LGBT Foundation in a commitment to making nightlife safer during this period. Their Soho Angels will patrol streets during the Pride celebrations to protect revellers.

Other notable events taking place across the UK capital include a 10k Run in Hyde Park, a Stonewall Warriors musical, Pride’s Got Talent Music and Cabaret Final and an LGBTQ+ themed night at the ZSL London Zoo.

Will you be joining in with the festivities?